Recently, Sigma attended the TM Forum Asia summit in Kuala Lumpur. In addition to interacting with service providers and other players in the region, we — and when I say we, I mean our own Drew Jordan — showcased Sigma’s participation in the NaaS in Action Catalyst project, one of the many catalyst projects we (Drew) has been involved in over the years. Here’s Drew explaining NaaS in action wearing his signature Sigma Orange sneakers.

Service providers loved seeing NaaS in Action and now the NaaS in Action Catalyst has picked up an award for Outstanding Contribution to TMF Assets at the TM Forum Action week in Lisbon. The collaboration involved champions BT, Sri Lanka Telecom, and Telstra supported by Ciena, Infosys, Exfo and Sigma. Here’s the NaaS in Action team with the well-deserved hardware. 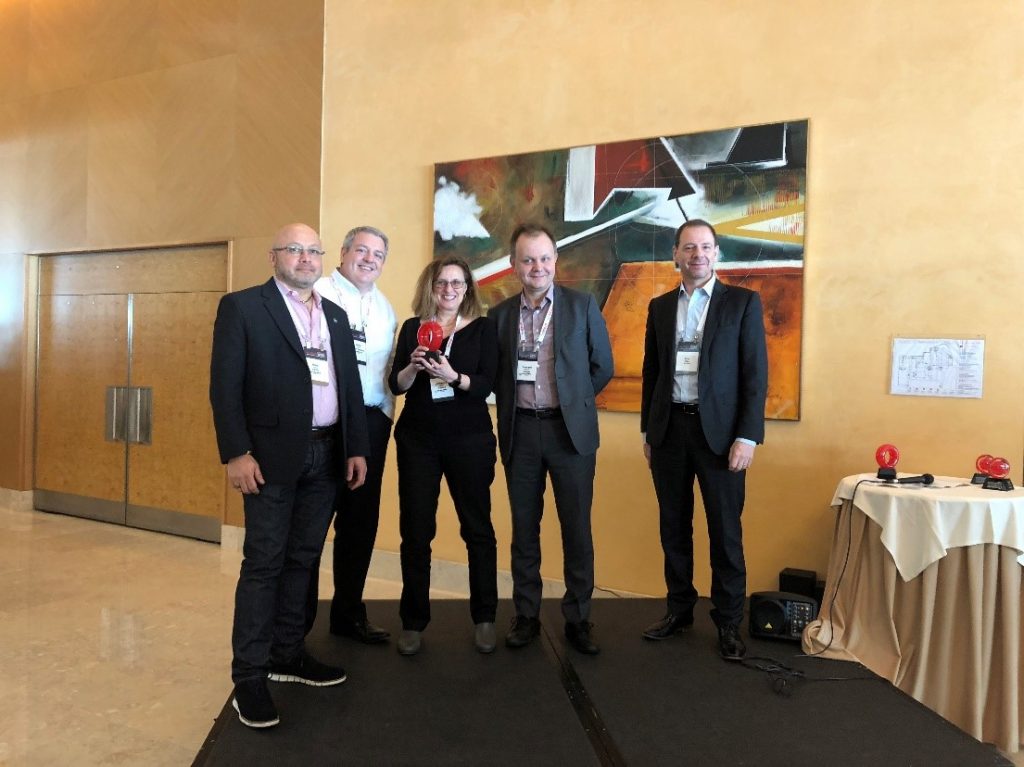 So, why the award? The goal of NaaS in Action was to create an abstraction layer using TM Forum Open APIs to automate the rapid definition, orchestration, testing and on-going closed-loop monitoring of a complex composite service across different technology domains. The project received the award for its updates to enhance the associated TMF Open APIs, including Service Catalog Management, Service Configuration and Activation, and Service Inventory Management. These APIs provide the foundation for Sigma’s Service Discovery solution that allows the Sigma Product Catalog to automatically discover published network services.

And this is hot right now for one simple reason: time. NaaS in Action demonstrates in a working prototype using Open APIs that new network services can be “discovered” in an automated fashion by product catalogs and associated elements to drastically cut down the time it takes to introduce and monetize a new service.  “We’re hiding all the complexity in the domains and making things a lot shorter.” said Johanne Mayer of Telstra. “We’re thinking that it might reduce it by a third of the time to create new products and offers from the way we used to.” Here’s Johanne describing the catalyst and the benefits.

NaaS in Action is another example of what Sigma means by Next Done Now™ — taking a different approach to create-sell-deliver technology that helps service providers get their next business line and associated services launched and monetized now. Sigma is proud to have participated in the NaaS Catalyst and pleased to have been recognized by the TM Forum for this important work that will reduce time-to-market even further.

NEXT UP FOR YOU